According to reports, Napoli midfielder Jorginho is set to join Chelsea after being strongly linked with a move to Manchester City all summer, along with Napoli coach Maurizio Sarri, according to the Evening Standard.

Report according to Italian journalist Fabrizio Romano on Twitter claimed, €65m-rated’s deal to join Chelsea is set to cost the FA Cup holders a whooping £57m.

Napoli’s president De Laurentiis had previously claimed the Serie A club rejected a bid of £44m (€50m) from Premier League champions Manchester City for the midfielder and it’s believed the Citizens have been locked in talks with Napoli for asking price to sign Jorginho for weeks.

And if this assertions from the club president is true, Jorginho’s to Chelsea as good as finalized with only minor details stalling the deal. The midfielder has agreed to personal terms with the London club and has told his colleagues of his excitement of making a move to England.

Here’s how the Italy international will look in a Chelsea kit once the deal is completed: 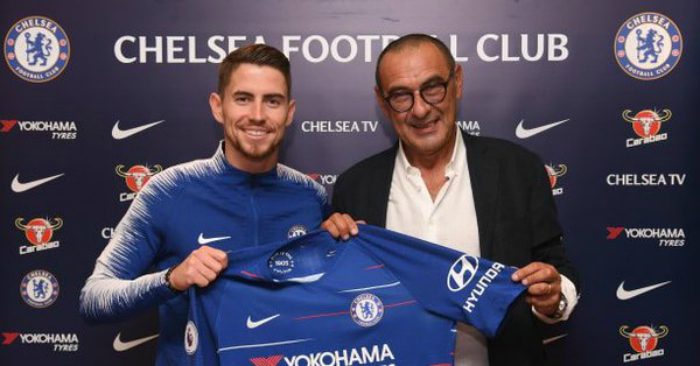