Chelsea have been reported to have started negotiating with England attacker Ruben Loftus-Cheek over a new and improved deal, according to reports. The English midfielder’s performances this season has seen be a key player for Maurizio Sarri side as they reach the Europa League semi-final. With little games to play and injuries, the player has […]

Maurizio Sarri took to the media to lash at Chelsea supporters who were chanting loudly against him during their late goal match against Cardiff City. Being at the brink of losing the Top four spot, the Blues fans took matters into their own hands to chant against Sarri during the Cardiff game. Chants went worse […]

Mourinho to hijack Chelsea’s move for UCL and Europa winner 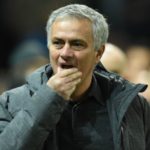 According to reports, Chelsea former boss Jose Mourinho is reportedly eyeing a reunion with his former player Gary Cahill this summer. As reported by the Evening Standard yesterday, the Chelsea defender is said to be eyeing a move away from Chelsea before the end of the month. Cahill is not happy with playing life at […]

New reports making rounds are claiming Premier League clubs Chelsea could complete the signing of Jorginho from Napoli in a £57m deal this summer. Based on this assertions, we take a look at how Chelsea could lineup for this upcoming season under incoming boss Maurizio Sarri next season. Antonio Conte with Chelsea, last season, make […]

Premier League giants Chelsea FC are yet to agree final terms with Italian champions Juventus over the signing of young defender Daniele Rugani despite the defender’s personal terms being agree between Chelsea and the player. The Blues decision to sign a new centre-back this summer is a wise move and they would hope the signing […]