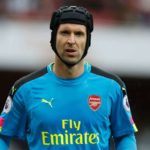 Arsenal are keeping tabs on Keylor Navas’ situation at Real Madrid, according to reports emerging in Spain. The 32-year-old goalkeeper helped the Los Blancos to a three consecutive Champions League titles but has fallen out-of-favour this season at Santiago Bernabeu following the arrival of former Chelsea goalkeeper over the summer. Despite helping Real to three […]