Spurs Top Of The Tree During Busy Christmas Football Period 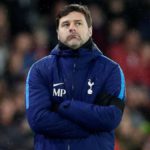 Tottenham Hotspur have emerged as the most successful Premier League team over the renowned ‘busy Christmas period’ of matches. Research conducted by online retailer Christmas Tree World has found that over the past 6 seasons, Spurs have accumulated more points than any other team currently in the Premier League between the middle of December and New […]

Ending this past season outside the top-four in the Premier League table won’t be seeing Chelsea compete in next season’s Champions League. In such a scenario, the Blues need to strengthen every core of their team for the upcoming season, but before doing that, there needs to be clarifications over the future of Antonio Conte […]